Writing: Is “dark YA” too dark?

There’s recently been a huge debate as to whether “dark” YA (Young Adult  fiction dealing with bullying, rape, violence, sex, incest, cutting and so on) is appropriate for the teenage crowd.  It all started with this Wall Street Journal article (why the WSJ is covering this topic is another discussion).

Seriously?  I totally can’t comprehend why parents go into denial about w

Hope everyone had a good independence day! So, Stacy and I ended up chatting about the Seattle Freeze.  I don’t remember exactly why, but I thought it was an interesting topic, and I’ve heard about it from numerous people, so hey, why not drop my thoughts in a blog post. Seattle folk may seem polite, even […]

Finally starting to recover from the Fremont solstice parade.  This year was epic.  Seriously.

I suspect there were like eighty of us.  A fair sized group, and as usual, we pretty much dwarfed the other groups in the parade as far as numbers.  The costumes this year were amazing.  Most wore blood red punctuated by bits of black, and a smaller portion wore oily black, as our theme was Blood and Oil.

This was one of the more striking color combinations, at least during the last six years of my participation.

We broke two of the traditional rules, at least for our group.

First, we wore black.  For some, it was just a touch of black.  For others, they were covered.  Black generally blends into the road, cutting those wearing black hip-scarves in half.  People in 100% black, well, they’d totally disappear.  We pulled it off, however.  The black accessorizing wasn’t overwhelming, and tha

If you missed the parade on Saturday, well, you suck.

Surfin’ today and I came across the following patent.  I’m one of the inventors!
US 7904712 – Service licensing and maintenance for networks

A former employer of mine filed that in 2004, and finally this last march the actual
patent was issued.  How about that.

Looks like another previous job also filed a patent application for some tech that I’d
worked on.
Multitenant hosted virtual machine infrastructure.

With the Fremont Solstice Parade less than a week away, I’ve finally started cobbling together this years costume.  I’m retrofitting last years Halloween costume, which served me well in my role of Empress of Mars (think Edgar Rice Burroughs’s Barsoom series.)
The sewing machine has been unearthed.  Beads and sequins are at the ready.  Just stand back, lest you end up be-glittered collateral damage.
For those who don’t know, for a number of years I’ve been dancing in the parade with the group from Visionary Dance.  Here’s an article on what we do.
Add it to you calendar.  June 18th (this Saturday) at noon, in the Fremont neighborhood of Seattle.  Get there early as parking will be sparse.
Here’s some pics from previous parades. 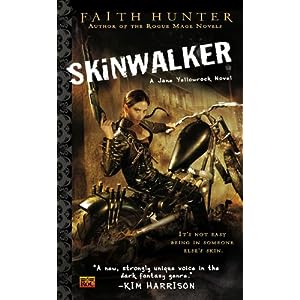 Just finished Skinwalker, by Faith Hunter this morning and I’ll be buying the rest of the books quite shortly…
Ok, so I rather like shapeshifter stories.  Werewolves are fun.  Maybe I’m just liking them now because it’s the full moon, but honestly…everyone’s got a bit of the beast in them.

I got a lot of great feedback, most of it quite positive.  A lot of them rather liked it, which makes me feel all warm and gooey inside.  Like maybe I might have a chance at this writing thing.

Generally, the feedback boiled down to….

My characters were real and likable.

I’ve got a good handle on dialog.

I need to be more careful about tense, as I sometimes dropped present tense in amongst a mostly past tense writing style.

Need to proofread better for typos, punctuation and grammatical errors.

Reuben turnovers are win!
We had some corned beef so I decided to play around a bit.
Sliced it up into little bitty chunks, stuffed it in a pastry shell with
some sauerkraut and swiss cheese.  Cooked it up.  Served with
stone-ground mustard and thousand island dressing for dipping.

Now, as I’ve not posted in about a month…being that I was sick, busy and cranky, I’ll catch up.
During that time, I managed to attend Norwescon.  It was grueling.
I’m not so much one to attend the gaming/cosplay/party side of things as, well, I save
my partying for other darker venues.  However, I did attend just about every writing
panel session that I could.  Like 9 hours of sessions every day (well, ‘cept Thursday and Sunday).

I barely had time for food or even coffee, as the sessions were back-to-back.
Takeaways:

No, I’m not actually quitting my job to re-enroll in university for a BA in basket weaving.

Please forgive my ramblings…I blame the vicodin and cold medicine…but here’s whats been going on.

Yesterday, I returned from a five day weekend in Pittsburgh, home of my alma mater, Carnegie Mellon.
It’s been, OMG, twenty years since I graduated from that tiny little school, but it feels like yesterday.  I’ve not been to Pittsburgh for seventeen years, but once I was standing on the cut, looking down the mall at Hamerschlag Hall, the engineering and computer engineering building, well, it call came flooding back.

We arrived in Pittsburgh last Wednesday at about Midnight, picked up our rental car which turned out to be a small SUV and not the compact I’d reserved (no extra charge though).  We checked into the Wyndham Grand downtown, and were delighted to see that it is literall

Sorry, no Tweets were found.